Back in the USA

We stayed in Ensenada about ten days, then just after midnight on July 6th we took our last departure from a Mexican port, bound for San Diego. It was a cool and uneventful trip, and we arrived at the customs dock just before noon. We waited 45 minutes for the inspectors to show up and when they did, it took all of about five minutes to clear the paperwork. We took a berth at Southwestern YC where we stayed four days. During that time we plugged in to American phones, changed the boat insurance policy, and had a grand time with friends.

Our plan was to head for Dana Point, where we anchored in the west basin. It was pretty crowded in the little anchorage and around 1700 a powerboat came in and tried to anchor next to us, fouling our anchor in the process. After that little adventure we met friends for dinner at the Yacht Club, being careful to take a table with a view of our boat, just in case. The next morning yet another big powerboat came in and tried to anchor in a sliver of space next to another sailboat. They promptly got into an argument about who was crowding who. The powerboat won, forcing the sailboat to move. After watching this drama we decided to leave immediately for Catalina.

It was a beautiful day, light air and crystal clear skies so we were happy to be underway. A few miles off the island we caught a pair of 30 pound blue fin tunas. They were a bit too big for our appetites so we released them. 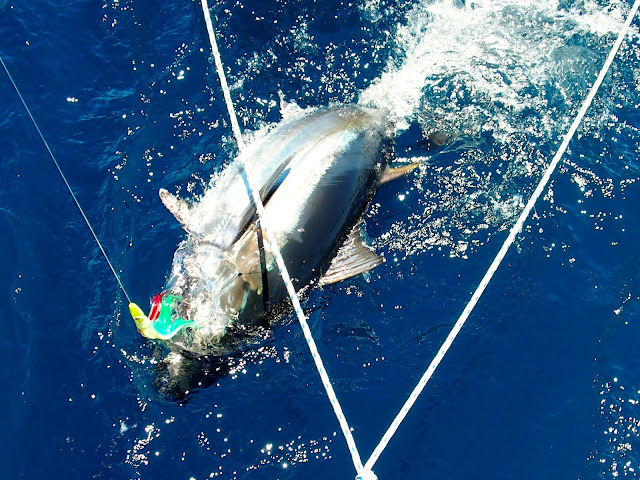 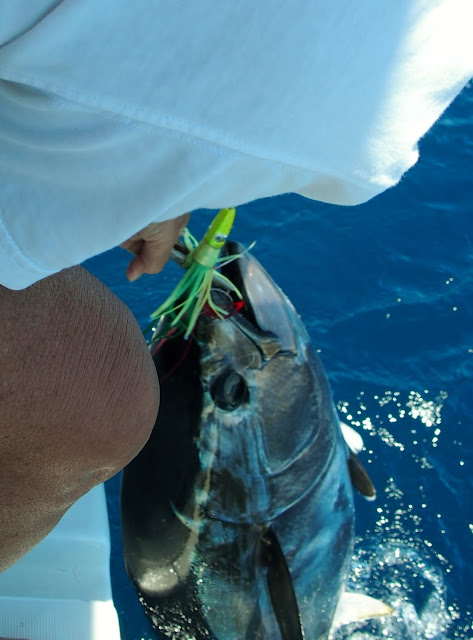 We picked up a mooring at Two harbors and spent the next week relaxing and enjoying the Island. One day we hiked up the ridge that overlooks Cat Harbor and encountered an Island fox just above the Banning House. The Catalina Island fox is a distinct subspecies and is specific to Catalina Island. It has close relatives that live on five of the other Channel Islands, all of which are descendants of the mainland Gray Fox. The Catalina fox is believed to have arrived on the island 800-3,800 years ago.

The Catalina Island fox has had a rough time over the last 25 years. In 1998 a canine distemper epidemic swept through the population, killing 90% of them. Not long before then, Golden Eagles began to arrive on Catalina as a result of the depletion of the Bald Eagle population on the island.
Bald Eagles are fishing birds, while Goldens prefer to feed on land dwelling prey. The state and island authorities have made efforts to rebuild the Bald Eagle population on the island, which has had the effect of chasing the Golden Eagles back to the mainland.  According to the latest statistics, there are approximately 1,300 foxes on Catalina, up from around 150 fifteen years ago. I collected all of this information from Wikipedia.


A bit further along the trail we encountered a bison relaxing in the morning sun. We passed within 60-70 feet of this big bull and continued up the trail where, just around a bend we encountered a group of hikers coming from Little Harbor. We stood and watched as they rounded the bend and caught sight of the bison standing nearly in their path. They stopped and took pictures, then gingerly picked their way around the bull. 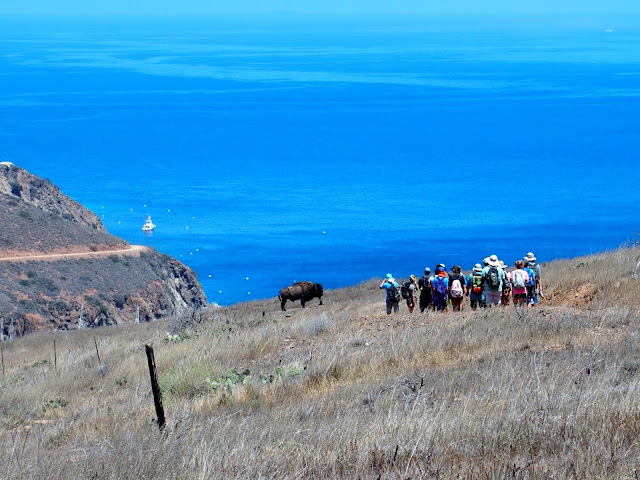 We continued up the ridge and near the top found that an artist had hung a metal sculpture on the barbed wire fence next to the trail. We'd seen it reflecting the afternoon sun the previous day from Cat Harbor and had been wondering what it was. 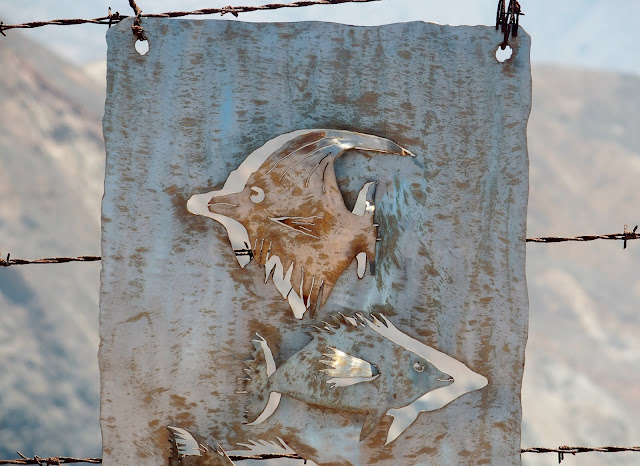 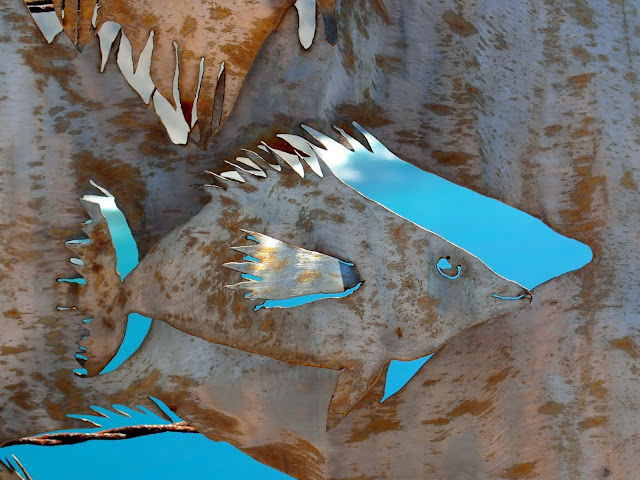 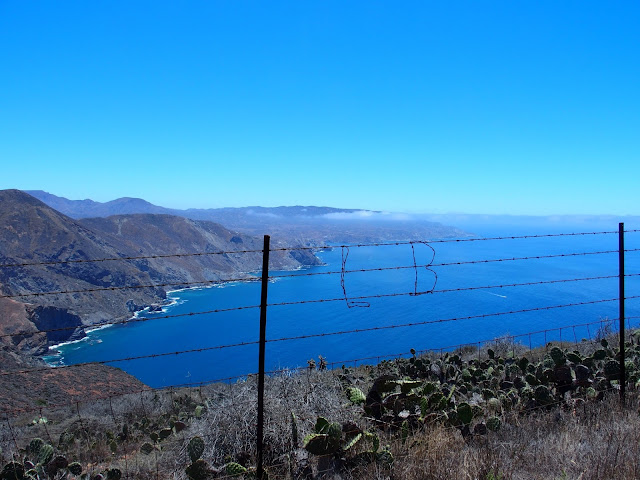 After a relaxing interlude at the Island, it was time to head for the mainland. Finisterra is now in her new berth in San Pedro while we get reintegrated into life ashore.