We had a great time in the Bay. The first thing we did after getting the hook down was to head over to the TKT restaurant on Playa Santispac, where we met up with our old friend Senor Paloma. To get there from the boat is about a fifteen minute dinghy ride around Punta Posada to the beach at Santispac. The waves at the beach are usually nonexistent unless the wind blows out of the south. With a 20 mile fetch, they can get big enough to make the landing a bit dampish at times. The TKT is a palapa on the beach that serves excellent seafood and margaritas, and we had dinner there several times while we were anchored in the bay. Anyway, we were having dinner with Jerry (Sr. Paloma) and a couple of friends when we met up with the folks on a boat anchored not far from us, they in turn introduced us to another couple, Tom and Sylvia, who it turns out had sailed with us aboard Tivoli in the Banderas Bay Regatta three years ago. So for the next week or so, we did a lot of socializing, took care of some business at home and did a lot of exploring of beautiful Bahia de Concepcion. Tom and Sylvia own Cinnabar, the beautiful red Schumacher 52 that was anchored not far from Finisterra.

The last time we were in Bahia de Concepcion we were surrounded by whale sharks. This year they seem to be hanging out further down the bay. We took a couple of dinghy rides into some of the other coves south of Posada Concepcion in search of them but didn't find any. Birds, however, are always plentiful in Concepcion. Pelicans, Frigates and Osprey have rookeries here so instead of whale sharks, I got some interesting photos of birds.

Pelicans:
These are Brown Pelicans. They have a wingspan of six to eight feet and weigh up to twelve pounds.

Osprey:
Ospreys are sometimes called fish hawks. They are different from the Pelicans, Frigates, Boobies and most other sea birds in that they capture prey with their talons instead of their beaks. Osprey have a wingspan of about six feet and weigh up to about 4.5 pounds. 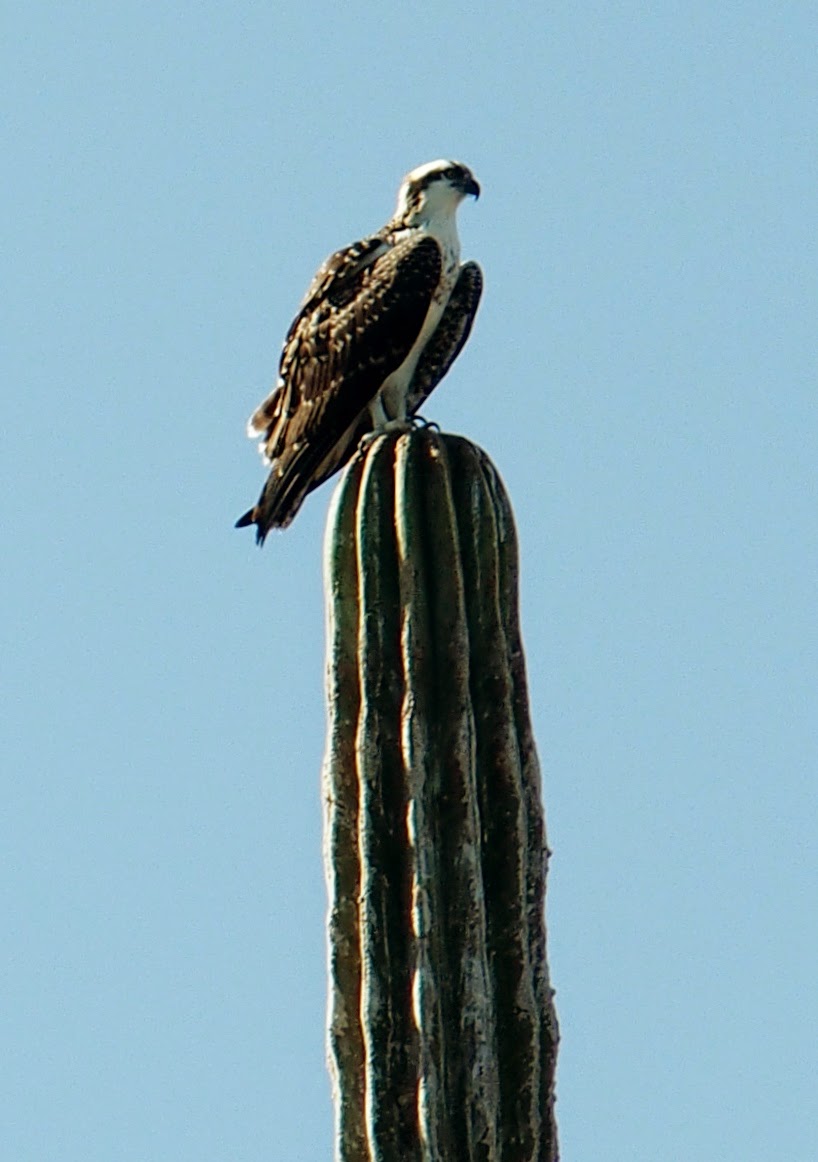 Frigates:
With a wingspan of almost seven and a half feet, Frigates weigh only about four pounds. They are incredibly agile fliers and often use their aerobatic skills to snatch prey from other birds in mid-flight. A Frigate will often swoop down on another bird from behind and snatch a fish dangling from its beak. 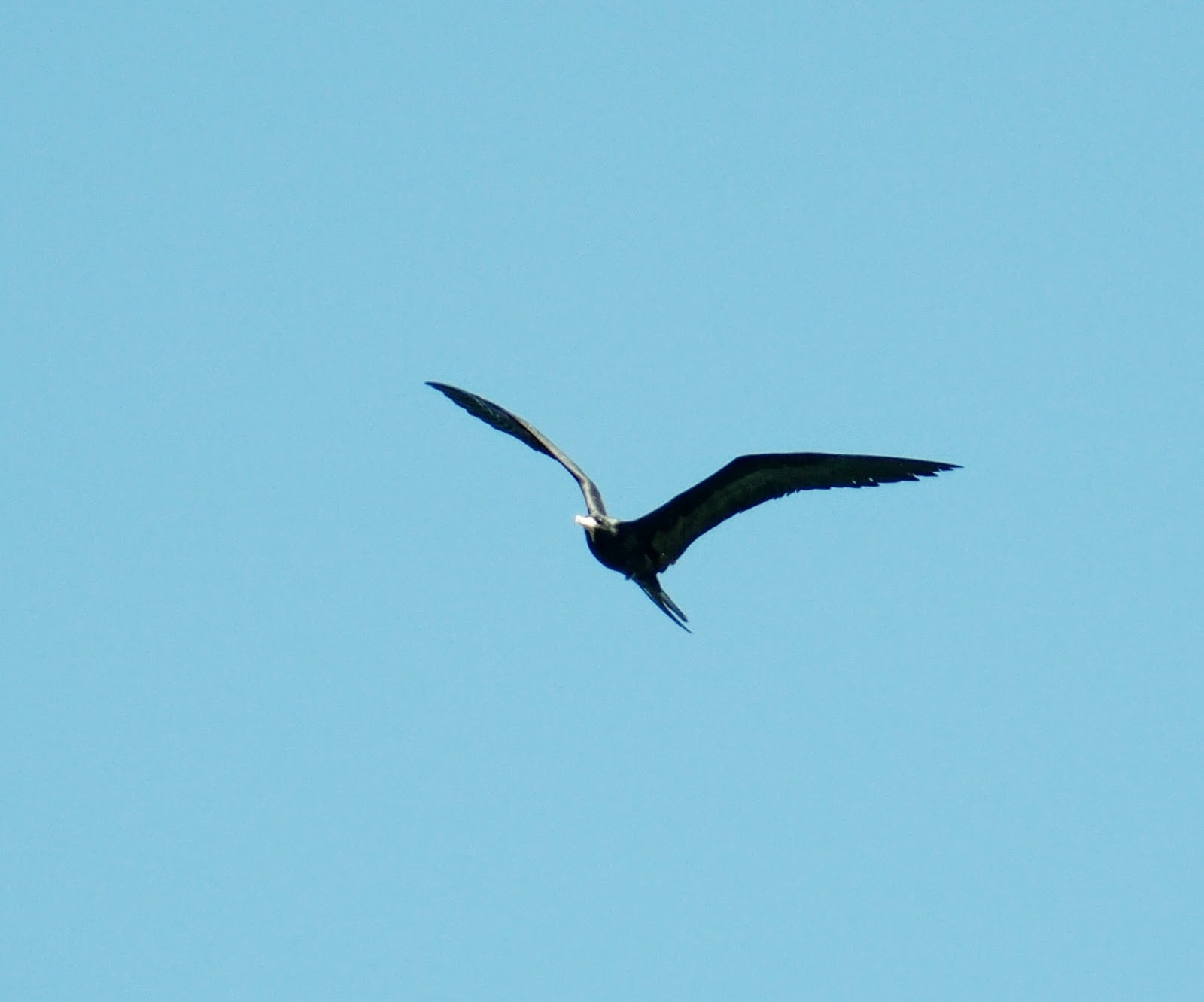 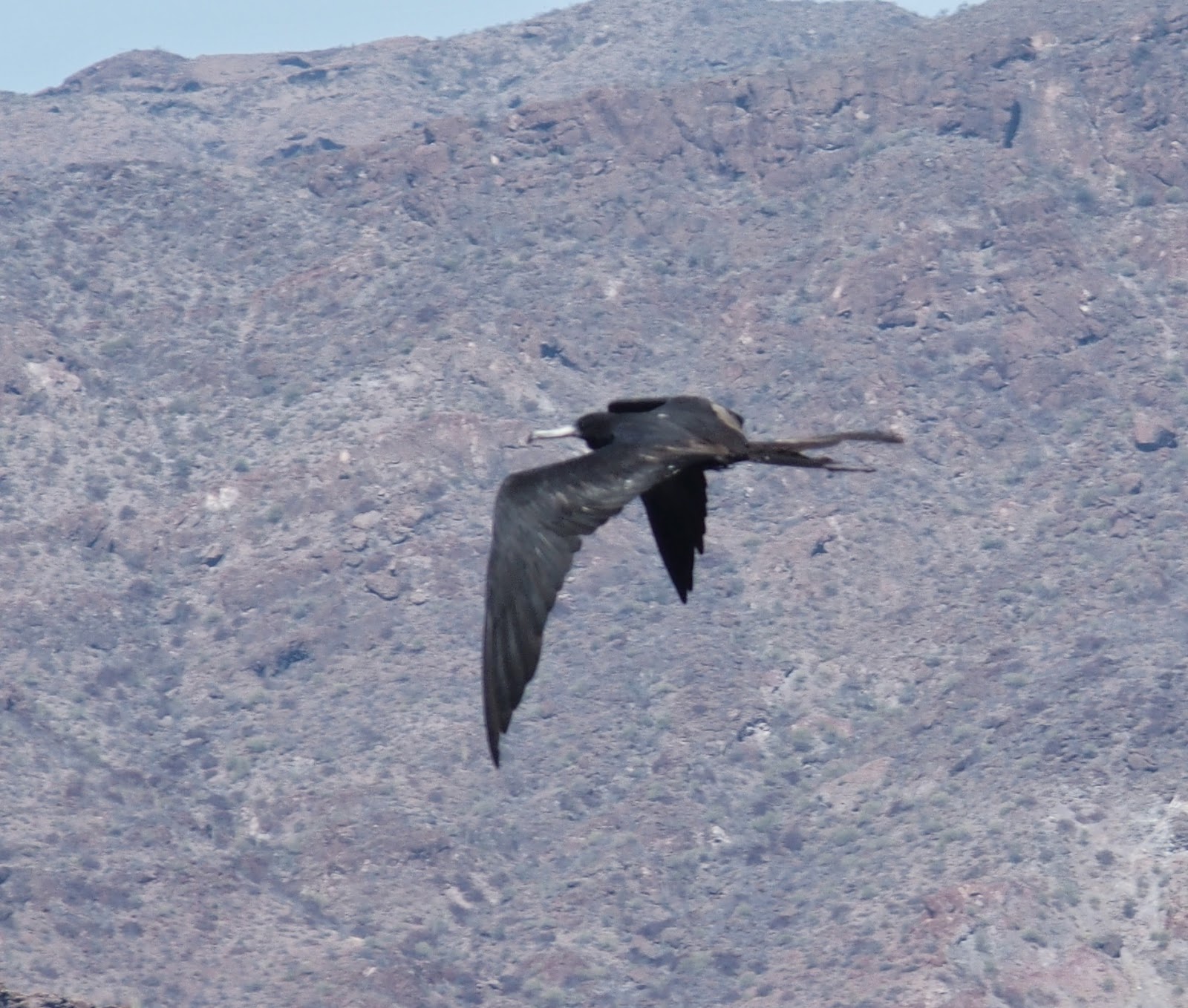 We had planned on spending only a few days here but on April 28th the wind piped up to about 30 knots out of the north and stayed that way for three days, so we were content to sit tight in the anchorage safely in the lee of the bluffs to our north while the wind howled out on the bay. At 0830 on May 2nd, we waved goodbye to our friends ashore and headed out past Punta Santispac and northward toward the mouth of the bay. Once clear of the bay, we turned southeast and headed once again for Caleta San Juanico.
Posted by Leif at 8:51 AM