I am pleased to report that my little wooden boat, formerly called 'Lolita', has a new home in the San Francisco Bay area and a new name that I think fits perfectly. Her new owner, Mariellen Stern has given her fresh varnish and a bunch of other upgrades and she's now ready to race. Here are some photos from her days in Newport Beach:

I designed this boat way back in 1978 for a client that wanted a traditional looking boat for cold-molded construction. I could not bring myself to draw a full keel on it so we compromised with a shallow-ish fin keel and skeg-mounted rudder. Twenty years later I found her in a warehouse in Signal Hill in a sad state of disrepair and bought her on the spot. I brought her back to my shop and rebuilt her in my spare time. In doing so I deepened the keel and put a new spade rudder on her. A few years later my plans changed and I put her in storage while I focused on other projects and went cruising.

Fast forward to 2013, it was time to either refit her again or find a new home for her. Fortunately, last April Mariellen came into her life. She had known this boat many years ago and loves it as much as I have over the years. After several years in storage the varnish on the hull and cockpit was in rough shape, the bottom paint was gone and there were a few other issues that needed attention. I had always sailed the boat in southern California where the winds are relatively light and only raced it a few times so it was very simply rigged, but for sailing and racing in the San Francisco bay area, we thought some additions were necessary. These included a new 100% jib set on a roller furler, rigid vang and improved reefing system among others. Here are some photos of  the work in progress: 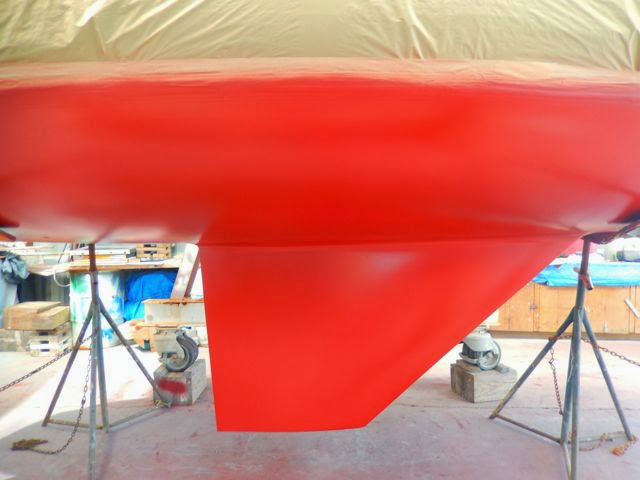 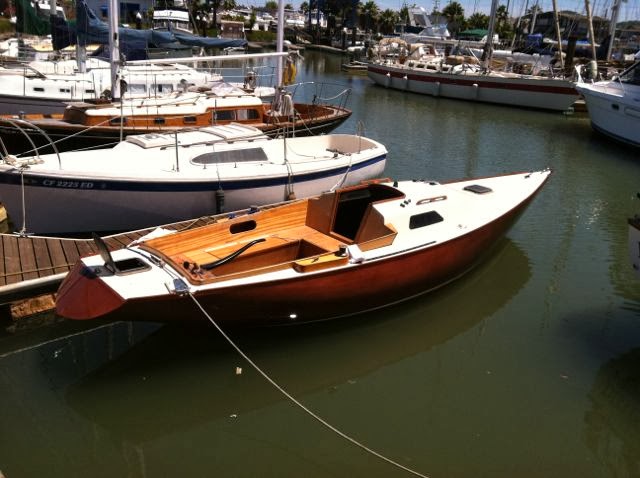 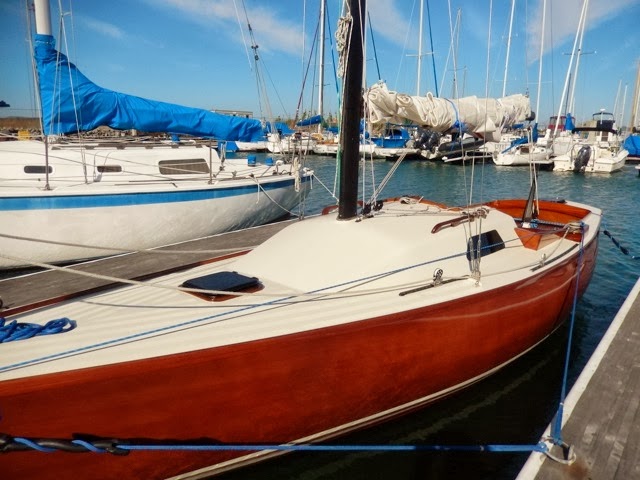